It will be surely hard to say, but there're still Law Professors who teach law as centuries ago. As if the Law was the same and could be simply adjusted to rightly fit to new unforeseen problems. As if future lawyers had to live each day making complaints or claims. As if lawyers and jurists were exactly the same.
It's true that the roots of Law, can (or have to) stand firm, for the sake of the profession and a basic legal training, but this criterion is not applicable to more specialized branches of the Law, not because it isn't a special Law that has to be ordered didactically, but it represents a more complex Law, which reveals its main weakness: Being a follower of economic phenomena. Even worse, some ignore them to pursue their own profit with legal tricks .
Typical legal skills are still highly valued in the classroom, which is quite conformist, especially those related to the conflict, argumentation and rhetoric; but few people transcend into other activities, which are well known to be needed for the future lawyer. Though, because of academic limitations of various professors, they do not teach them. Fortunately, a small group of them has already become aware, but after years of experience and professional practice.
What skills one may ask? Maths, algebra, arithmetic, logic, quantitative methods, accounting, finance, ITs, scientific rigor, foreign languages, among others. It's totally inadmissible nowadays to maintain a background in Law where students don't know how to use a computer package properly, how to make a labor or tax settlement or compensation for damages, how to think of possibilities (Decision Tree) or scenarios of the legal actions and their effects or not being able to interpret the financial effects of business contracts or board decisions. Anyways, more skills are needed to abandon the habit to outsource these issues to third party professionals under the sad expression "I'm person of words, not numbers."
Unfortunately, Civil Law and Criminal Law aren't only simpler branches Law, in the sense that they can be artificially treated without the need to incorporate the complexities of reality, just a Code (Piece of Legislation), a chalk, a blackboard and teacher repeating provisions. Sometimes not even chalk nor a whiteboard. Sometimes not even a Code, just basic historical concepts. The average teacher is a practitioner of Civil or Criminal Law, given the long tradition of these areas, so he only transmits what he knows and what his previous teacher taught him in the context of these branches with several years of delay .
Hopefully, nowadays many of the law schools in Peru are taken seriously these new, and not so new, challenges and fit both modern knowledge and modern skills, because otherwise they will "produce" lawyers calling themselves "all mighty " but with lagged, incomplete, insufficient skills to provide value-added legal services, limited to the typical, mechanical and automated legal actions without rigorously interdisciplinary analytic skills .
+José-Manuel Martin Coronado
Managing Partner
+Estudio Martin Abogados & Economistas
Email Post
Labels: ¿Un Todopoderoso Derecho? 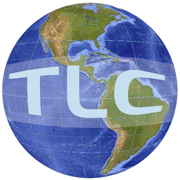 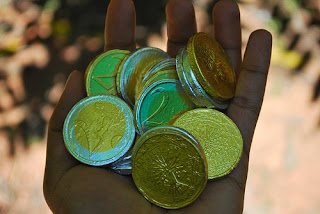